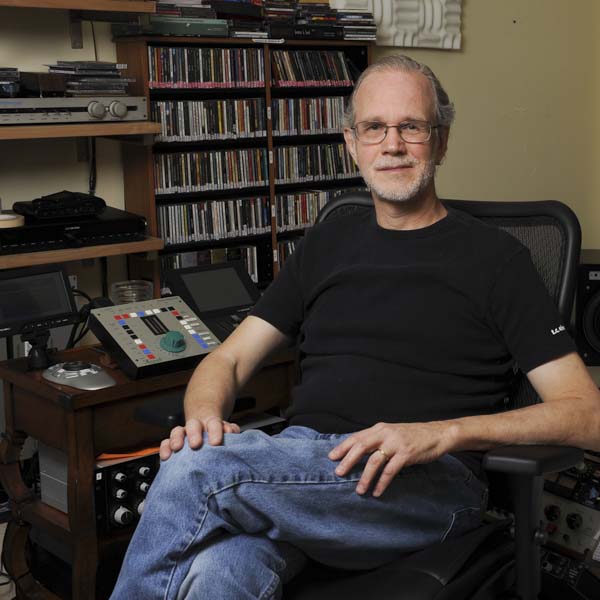 As we approach Thanksgiving day I must tell you one thing I am very thankful for: Analog Audio. No, I’m not talking about analog tape, but rather Analog Audio Processing: Analog compressors, tape emulators, limiters, tube warmers, etc. Please notice that I did not include analog equalizers in this list, because although I am thankful for them, it’s not for the reason of this blog.

For a few years I’ve had a mixing and mastering relationship with the wonderful Knoxville Jazz Orchestra. The first year I mixed the KJO in Studio A, where I have a stereo analog mastering chain, with just one route. But since I wanted to use separate compressors on each group of instruments, I resorted to using a plugin compressor on each of their busses. That year the sound came out nicely, but still I felt the wind instruments sounded harsh when they got loud, even though I was using no more than a dB or two of compression. If you know anything about brass and woodwinds, then you know that 4 trumpets, 4 trombones and 5 saxes at full volume into condenser microphones produce serious harmonics. On top of that, it’s a fact that non-linear processing (e.g. compression) in the digital domain produces aliasing distortion, intermodulation distortion against the sample rate, specifically, any harmonic that occurs above the Nyquist frequency (half of the sample rate). No matter what plugin compressors I tried, harshness was evident during that mix. I tried a number of oversampling compressors, and although the harshness was reduced, it was never reduced to my satisfaction. Once you hear aliasing distortion, you’ll never forget what it sounds like. Aliasing yields distortion products right in the critical audio midrange.

The next year I mixed the KJO in Studio B, where I have a collection of very nice outboard analog compressors. Suddenly: All the harshness was gone, replaced by a purity of tone that I remember from my analog mixing days. The third year that I mixed the KJO, I took the analog processor idea even further, having purchased the McDSP APB-16, a unique 16-channel processor. The APB provides plugins that run in your DAW (I mix with Pro Tools), but uniquely, the actual processing is not performed in the plugin! The processing is performed in the analog domain. The plugin sends a signal to the APB box over a thunderbolt cable, which controls a set of digitally-controlled analog processors. Inside its 19” 1-U rackmount box, the audio signal feeds a DAC, followed by digitally-controlled analog processing and then an ADC. You can run up to 8 stereo processors or 16 mono in any combination up to a total of 16 channels.

Of course, digitally-controlling processors is no good without software, but fortunately designer Colin McDowell has produced a good variety of compressors and limiters, including tube emulation of styles of compression resembling Fairchild (variable mu), LA-2 (optical/tube), API (VCA/transformer), and much more. For this session I chose the APB “Moo Tube” for the winds and vocal, and the “C-673” for the Bass. The C-673 emulates a Fairchild tube comp and the Moo Tube is another fairly gentle tube style compressor with a saturation stage on its output.
These APB processors are the Katz Meow! They all have pure, transparent sound character. For a rock mix I have used a C-18 on drums, a slightly more aggressive but not biting analog compressor. I swear the C-18 is the most transparent-sounding compressor I’ve ever heard, in the analog or digital domain. It passes drum transients so snappily that they sound very real and with the right adjustment you don’t even know it’s there, even with 2 or 3 dB of compression. Maybe the reason the APB sounds so transparent is that there are only a couple of inches of analog traces between the DAC and the ADC as opposed to several feet of Mogami cable between my interface and outboard processors — and don’t forget to double the length between since you have to count the send and return paths.

What can I tell you? All the harshness is gone. The purity of tone and warmth is so beautiful. Even though I’m using plugins! For skeptics among you who have converted to working “in the box” because you need recall and automation, keep in mind that the McDSP APB has all that! The plugins all conform with AAX or AU standards, including external keying, dynamic or snapshot automation — basically, full recall of 16 channels of analog processing. Costwise it seems a little expensive until you realize you don’t need to install all that cabling or a multichannel interface. So you have no ergonomic, sonic or cost excuse not to try analog again.

Note: I received no compensation for this article. I just feel so excited by the McDSP APB-16 that I decided to tell you all about it.